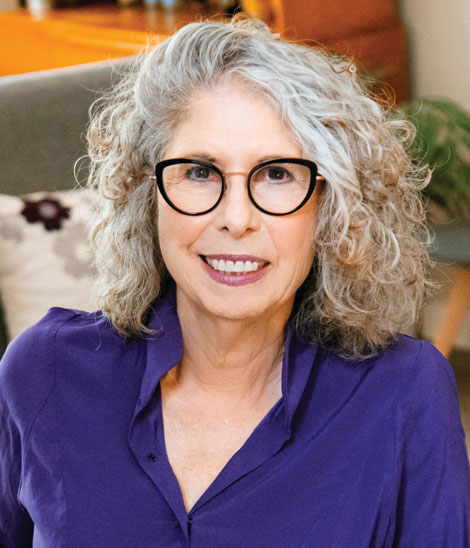 Partner and Co-chair of the Entertainment Department
Century City

Glaser Weil Partner and Entertainment Department Co-chair Barbara M. Rubin is a veteran entertainment attorney who puts her extensive in-house studio business and legal affairs experience to work for writers, producers, actors, directors and small production companies in both reality and scripted television and film. She was dubbed a “top industry negotiator” by Emmy Magazine, named a "Top Dealmaker" by Broadcasting & Cable magazine and is included on both the Best Lawyers in America and Southern California Super Lawyers list. Variety has recognized Ms. Rubin in its "Legal Impact Report" for each of the last four years and has quoted her numerous times as an expert in her field. She is hailed for her work as an educator, including her role as Assistant Visiting Professor and Executive Director of the Entertainment Law Practicum at Loyola Law School.

Prior to joining the Firm, Ms. Rubin was a co-founding partner of the entertainment law firm of Peter Rubin & Simon. She has served as the head of Business and Legal Affairs for Spelling Television (reporting directly to Aaron Spelling), A&E Television Networks (West Coast) and Rysher Entertainment. Ms. Rubin came up through the business and legal affairs departments of CBS Television and Theatrical Films as well as Disney Television.

Twice elected to the Board of Governors of the Academy of Television Arts and Sciences and twice appointed to its Executive Committee, Ms. Rubin is an active member of the entertainment community. She serves on the Planning Committee for the USC Institute on Entertainment Law and Business, as she has for over 10 years, and was elected to the Motion Picture and Television Fund’s Professional Advisory Council. Ms. Rubin previously served on both the Emmy License Fee Negotiation Committee and the Primetime Emmy Awards Committee.

In addition to her faculty position at Loyola Law School, Ms. Rubin has taught "Negotiating the Writer's Deal" at the University of California, Los Angeles and is often called upon to guest lecture or moderate panels at entertainment law events presented by UCLA, the University of Southern California, ATAS, the Association of Talent Agents, California State University, Northridge, as well as Women In Film, the California Bar Association, the National Association of Television Program Executives (NATPE), eWomenNetwork and the Writers Guild of America.

Ms. Rubin is the author of two cover articles for Los Angeles Lawyer: "The Secrets of the Business Affairs Executive" (co-authored with Kyle Stewart) and "Negotiating with Media Giants." She is married to Emmy Award-winning filmmaker, Pierre Sauvage, and they have two grown children.