A model for how this Group works is the significant investigation we conducted at NMC Health plc, which is based in Abu Dhabi and – until recently – traded on the London Stock Exchange. NMC operates private medical facilities in 19 nations, primarily in the Middle East, and is the largest private health care provider in the United Arab Emirates. It owns over 190 medical facilities, including 38 hospitals and 146 medical centers, and employs 20,000 people including 2,000 doctors.

Our investigation was prompted by comments published by short sellers such as Muddy Waters that led to a sharp decline in NMC’s share price. In response, the NMC Board of Directors established an “Independent Review Committee” to conduct an investigation related to company financials and corporate governance. The Committee promptly engaged Glaser Weil as its legal counsel to oversee, coordinate and conduct the investigation. Glaser Weil engaged the Freeh Group, who conducted significant forensic investigative work, and Sitrick & Co., who assisted in implementing a public relations strategy. Three of the firm’s partners led the effort – Amin Al-Sarraf, Jill Basinger and Garland A. Kelley.

While in Abu Dhabi, the investigation identified significant issues related to NMC’s financials, including inflated cash balances, understated debt, and severe governance-related issues. We also experienced significant obstruction to our investigation, including numerous altered documents, bank records and general ledger entries. During the course of our investigation the Board lost 5 members (including the founder of the Company and the CEO) and several members of the treasury / finance department, all of whom fled the country mid-investigation.

During the course of our investigation, we identified “supply chain financing” arrangements that were entered into by the Company but were understood to have been for the benefit of other entities controlled by the Company’s founder (Dr. B.R. Shetty) and another member of the Board. Under these arrangements, suppliers to companies owned by these individuals were paid by certain credit facility providers and – while those companies were responsible for settling the amounts payable to the credit facility providers – the contractual obligation rested with NMC, which also provided a guarantee in the event of non-payment or default. In other words, these arrangements represented significant debt obligations of the Company.

The supply chain financing facilities had been in place since at least early-2018, and draw-downs on the facilities reached more than $300 million as of December 31, 2019. Despite their significant size and risk, these arrangements were not disclosed to, or approved by, the Board and were not disclosed as related party transactions in accordance with the London Stock Exchange rules. The arrangements were also not reflected on the Company’s balance sheet nor properly reported in the Company’s financial statements.

As a public company, the market was informed of investigative findings, including notice of the supply chain financing arrangements, the removal of the CEO in the midst of obstruction by the Company of the investigation, and the commencement of a formal regulatory investigation by U.K. regulators.[1] As a result of these findings, London Stock Exchange trading in the Company was suspended on February 27. And by March 24, the Company acknowledged that its debt position was closer to $6.6 billion, rather than $2.1 billion as reported in its most-recent financial statements.

At the recommendation of Glaser Weil, NMC also engaged Moelis & Company to assist the Company in obtaining crucial short-term financing, as the Company’s normal local and European-based sources of financing abruptly curtailed their willingness to continue in that role.

Thereafter, in April 2020, NMC was placed in administration in the U.K. (a process similar to bankruptcy) in an effort to give the Company an ability to determine its true financial situation. In May 2020, NMC administrators sought protection for its U.S. affiliates, requesting Delaware Chapter 15 recognition of the overseas insolvency case. In the U.S., NMC’s operations included 25 Boston IVF clinics, and operations across New England and in New York, Arizona and Indiana. Among other things, Chapter 15 protection would institute a stay on collection and enforcement actions in the U.S. – including already-filed proposed class action lawsuits pending in the U.S. District Court for the Central District of California, which alleged fraud, false statements and omissions that misled investors.

In his book My Vision, Sheikh Mohammed stated that he wanted Dubai to be “on a par with the world’s most prestigious financial centers, including London and New York.” Our investigation at NMC, however, has continued to generate ever-growing waves of regulatory and legal concerns that increasingly jeopardizes that vision. Among the ongoing repercussions:

UAE Banking System – among those demanding commencement of the U.K. administration of NMC were UAE-based banks, which had loaned billions to NMC. Notably, at least one such bank had outstanding liabilities to NMC exceeding the $2.1 billion NMC reported on its financial statements. This raised additional questions as to what, if anything, third parties beyond NMC knew about NMC’s potentially false or misleading financials.

Region / Elites – as the largest healthcare provider in the United Arab Emirates, and the first company in the Middle East to be promoted to the FTSE 100 index, NMC was a pioneer for the region. Both NMC and its founder, Dr. B.R. Shetty, consistently received accolades from the likes of Forbes Middle East, and Dr. Shetty achieved an elevated status in the UAE, having been awarded, for example, the highest civilian distinction in the Emirate of Abu Dhabi – the Abu Dhabi Awards – by H.H. Sheikh Mohammed bin Zayed Al Nahyan, the Crown Prince of Abu Dhabi, in the first year the distinction was awarded. Also on NMC’s board, until February 2020, was Khalifa bin Butti Al Muhairi, an Emirati billionaire who recently ranked among the top ten wealthiest businessmen in the UAE, and whose family has ties to the royal family of Abu Dhabi. As a result of our investigation’s findings, the Central Bank of the UAE ordered seizure of all assets owned by Dr. Shetty and his family in the UAE. Subsequently, a Dubai court issued an order freezing Dr. Shetty’s assets worldwide.[2] Certain of Dr. Shetty’s other businesses, including a global financial services company and a major pharmaceutical company in the region, have been severely impacted, and investor confidence in the Middle Eastern business world has been “shaken” according to Bloomberg and others.[3]

London / Oversight – the financial and corporate governance failures identified by our investigation also brought scrutiny on many of the Company’s outside advisors and auditors. For example, in mid-April 2020, the Financial Reporting Council, the accounting regulator in Britain, opened an investigation into Ernst & Young LLP and its prior audits of NMC.[4] Further, the Company’s outside legal counsel, based in London, likely knew that the Company lacked a General Counsel and a Compliance Officer. In addition, as one report stated:

“Questions should be asked over the role of NMC’s Brokers – JPMorgan Cazenove, HSBC and Barclays – whose job it should have been to act as an intermediary between the company and the stock market. NMC’s public relations advisers, FTI Consulting, should face scrutiny for its supportive PR role as NMC aggressively challenged reasonable reporting about the company’s true financial health. Even if the rules have been followed, it is up to well-paid advisers to show good judgment. A rising share price is not an excuse for turning a blind eye.”[5]

And another echoed this concern:

“NMC should never have become a member of the FTSE 100, given scrutiny from regulators and its high-profile advisers at Barclays, Goldman Sachs and JP Morgan, not to mention auditors at EY.”[6]

In other words, the NMC investigation we conducted revealed that the mismanagement occurring at NMC may not be limited to NMC itself, but is rather a symptom of a broader series of fundamental problems stretching throughout the region, into Europe, and touching some of the most prestigious and established firms in the world.

[3] https://www.bloomberg.com/news/articles/2020-05-12/how-a-gulf-hospital-chain-unleashed-scandal-in-london-quicktake (“How a Gulf Hospital Chain Unleashed Scandal in London”).

[6] https://www.thetimes.co.uk/article/nmc-healthcare-came-with-plenty-of-warnings-nobody-cared-sd8rq6zsm (“NMC Healthcare Came With Plenty of Warnings: Nobody Cared”). 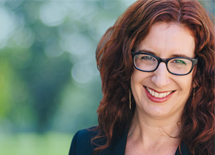