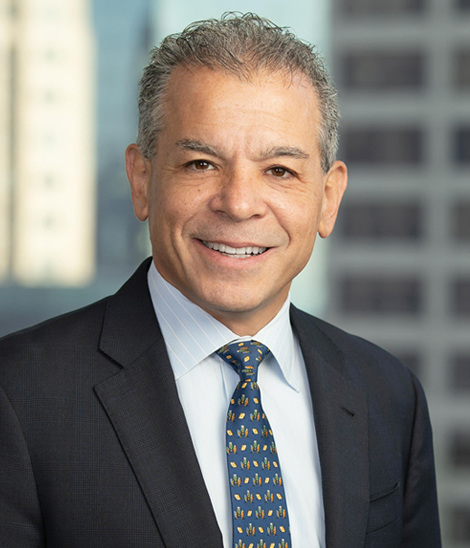 Richard Gottlieb is the full-time chief legal officer of Leap Theory, LLC and Of Counsel to the firm, in its Financial Services Department. Based in both Los Angeles and Chicago, Richard is one of the nation's preeminent financial services attorneys.

In his more than three decades of practice in financial services, Richard has counseled and successfully defended the largest banks, consumer lenders and related companies in multiple bet-the-company class action and B2B litigation, regulatory and enforcement matters, and with respect to large-scale intellectual property disputes.

Richard literally “wrote the book” on consumer finance.  He is the founding, senior editor and co-author of the Consumer Financial Services Answer Book, the leading consumer credit desk reference, published annually by Practicing Law Institute.  Richard is also one of just a dozen lawyers nationally ranked by Chambers & Partners in the category of Financial Services Regulation-Consumer Finance every year since Chambers' creation of the category.

Board of Governors, Conference on Consumer Finance Law

Quoted, “End of the line for anti-arbitration rule? Maybe not,” Business Insurance, October 31, 2017.

Co-authored, “OCC Hits the Brakes on Crypto and Fintech: What Next?,” SecuritiesOperations, June 1, 2021.

“Under the Microscope: Credit Card Interest Rate ‘Floors’ Have Been Swept Clean and Will Soon Be a Think of the Past,” Consumer Financial Services Law Report, March 2010.

“Defending the Adequacy of Disclosures in Non-Traditional Mortgage Products,” The Review of Banking and Financial Services, June 2009.

“Firm Offer of Credit Litigation Under the Fair Credit Reporting Act,” The Review of Banking and Financial Services, May 2006.