First, after a full trial on the matter and significant resistance from the Company, the Chancellor of Delaware ruled that corporations – and individual Board members – may be required to produce emails from personal accounts, text messages and even social media posts in connection with a books and records demand on a Delaware corporation (i.e., a 220 Demand).  As the Chancellor explained, if “the Company’s [] directors, CEO, and General Counsel [] used personal accounts and devices to communicate about [relevant matters], they should expect to provide that information to the Company. That would apply not only to emails, but also to text messages.” The “reality of today’s world is that people communicate in many more ways than ever before, aided by technological advances that are convenient and efficient to use. Although some methods of communication (e.g., text messages) present greater challenges for collection and review than others . . . the utility of Section 220 as a means of investigating mismanagement would be undermined if the court categorically were to rule out the need to produce communications in these formats. Accordingly, I decline to adopt that approach.”

Second, the Chancellor modified prior restrictions on efforts to obtain corporate books and records via Section 220 demands where a stockholder later files a separate derivative lawsuit. The Chancellor clarified that under Delaware law, “there are fundamental differences between inspection demands made by stockholders and those made by directors” and that restrictions that exist in prior case law are applicable only where the matter one “seeks to investigate through [a 220 Demand must] necessarily concern the same conduct” as put at issue in second-filed lawsuit.

These new developments now apply to all Delaware corporations and all members of their Board of Directors. So successful was this effort that Benchmark Litigation award an “Impact Case of the Year” award to Garland A. Kelley for this litigation –Schnatter v. Papa John’s International, Inc., C.A. No. 2018-0542-AGB (Del. Ch.).  A demonstration of the firm’s national reach, it is notable that this “Impact” award went to a California recipient for a significant Delaware court decision.

In addition to these significant litigation victories, we also represented Papa John in connection with an internal investigation conducted by a Special Committee of the Company’s Board of Directors, supervised counsel in Washington D.C. who provided corporate and regulatory legal advice, coordinated litigation in Kentucky state court, and coordinated the work of highly-respected investment bankers and public relations advisors.

Contact Garland A. Kelley, Partner and Co-Chair of the Crisis Management & Response Department with any questions. 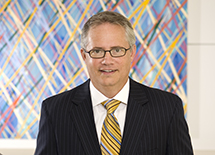 Garland A. Kelley
Partner and Co-Chair of the Crisis Management & Response Department