“One of the most important lessons I teach my students is that all business is personal,” Professor Barbara M Rubin, ’78, says. “Even monolithic institutions like Disney run on people.”

With decades of experience in the entertainment law and business affairs arena, Rubin has earned her wisdom. While starting a family, she began her entertainment career and remained for two decades working for studio giants like Disney, CBS, A&E and Spelling Entertainment, where she reported directly to Aaron Spelling. Then she switched sides. For the next couple of decades and still counting, she has practiced her trade in the private law firm arena, mainly with television/streaming platforms, where she represents prominent actors, writers, TV hosts, television station groups and small production companies. 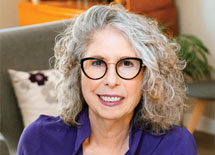