Compromise on 2013 Taxes Yields Higher Rates for Higher Income Taxpayers, the Return of Phase-outs, and Other Significant Change

The recent agreement to avert the "fiscal cliff," known as the American Taxpayer Relief Act of 2012 (the "Act"), makes a number of changes — including extending certain Bush-era tax provisions, — for taxpayers under certain thresholds. While the general news media has simplified the new rules as extending Bush-era tax cuts for single taxpayers with adjusted gross incomes ("AGIs") of $400,000 or less and for married taxpayers, who file jointly with AGIs of $450,000 or less ("higher income taxpayers"), the new rules are actually significantly more complex than that. The $400,000/$450,000 threshold applies for determining the cut-off for the new, higher 39.6 percent tax on ordinary income; however, different thresholds apply to the phase-out of exemptions and the partial phase-out of itemized deductions. Further, taxpayers will still be subject to the new 3.8 percent Medicare Surtax, if certain different thresholds are met (which is not part of the Act, but which is addressed below), and the temporary 2 percent reduction in FICA and self-employment tax is eliminated.

Most the provisions under the Act are "permanent," with automatic "sunsetting," which has been common in recent tax legislation. Further, the most important thresholds under the Act are indexed for inflation. The general absence of sunsetting (except in the case of bonus depreciation, the look-through rule for controlled foreign corporations ("CFCs") and certain other areas) and the indexing of thresholds for inflation are welcome improvements over recent tax legislation.

This summary addresses the most important provisions contained in the Act. Because a large number of provisions are addressed in the Act, readers are advised to consult their tax advisor for advice as to how the Act impacts their particular circumstance.

Long-term capital gains rates remain unchanged for individuals under the $400,000/$450,000 threshold, with the top capital gains rate being 15 percent for those under the threshold and 20 percent for higher income taxpayers. The act retains the taxation of qualified dividends at long term capital gains rates, although for individuals with AGIs above the $400,000/$450,000 threshold, this rate will now be 20 percent, plus the 3.8 percent Medicare Surtax. Capital gains, dividends, and any other income meeting the definition of "investment income" will potentially be subject to the additional 3.8 percent Medicare Surtax, discussed below.

The Act eliminates the temporary reduction of the employee's FICA contribution from 6.2 percent of wages to 4.2 percent, returning the rate to 6.2 percent, with a corresponding increase in self-employment tax. This increase will impact all wage earners and self-employed individuals.

The new 3.8 percent Medicare Surtax went into effect on Jan. 1. This Medicare Surtax was not part of the Act, and, contrary to its name, the revenue generated from this tax is not earmarked for Medicare. The tax applies to investment income if the sum of net investment income and modified adjusted gross income exceeds $200,000 for single taxpayers or $250,000 for taxpayers who are married, filing jointly. The Medicare tax does not apply to income from an active trade or business or rental income from a Schedule E real estate rental activity, even if the real estate rental activity is passive.

The Act permanently extends the AMT (alternative minimum tax) patch, which provides an exemption from AMT for the first $50,600 of income for single individuals and $78,750 for married individuals who file jointly. These AMT exemptions are phased out by 25 percent of the amount that AMT income exceeds $150,000 in the case of taxpayers who are married, filing jointly, and $112,500 in the case of single individuals. These amounts will also be indexed for inflation, starting in 2013.

The Act contains certain other provisions that may be significant to businesses and their owners. Among the key developments are:

The discussion above is an overview of the American Taxpayer Relief Act of 2012 and is not intended as tax advice. Taxpayers should consult their tax advisor with respect to how the provisions of the Act may impact their particular circumstances.

At the end of 2012, taxpayers were faced with the prospect of a $1 million estate and gift tax exemption and a 55 percent estate and gift tax rate for 2013. During 2012, there were a number of proposals that would have provided some relief from the backward slide to the 2001 rates (for example, a $2.5 million exemption coupled with a 45 percent maximum rate). But none of the proposals would have provided the advantages of the $5 million exclusion and 35 percent rate available throughout 2010-2012.

We are happy to discuss the Act and the possibilities for gifting thereunder with any client who may wish to do so.

To ensure compliance with requirements imposed by the IRS, Glaser Weil Fink Jacobs Howard Avchen & Shapiro, LLP informs you that, if any advice concerning one or more U.S. Federal tax issues is contained in this communication (including any attachments), such advice is not intended or written to be used, and cannot be used, for the purpose of (i) avoiding penalties under the Internal Revenue Code or (ii) promoting, marketing or recommending to another party any transaction or matter addressed herein. 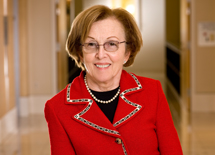 Miriam J. Golbert has taught federal estate and gift taxation at Loyola University, and wills and trusts at the University of La Verne.