As we reported here at the Land Use Lab, in January of this year, Assemblyman Michael Feuer (D-Los Angeles), the author of Measure R, introduced AB 1446, which proposed to extend Measure R for an additional, unspecified period of time. AB 1446 has been nicknamed “Measure R Plus” because it is an extension of the original Measure R.

Metro’s report can be referenced through this link: http://www.scribd.com/doc/93696641/Measure-R-staff-report 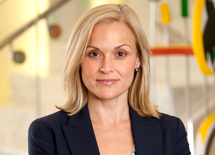