The District Court held that Jazz Photo was still good law, and thus foreign sales do not give rise to patent exhaustion. However, based on its determination that the U.S. Supreme Court decision in Quanta overruled Mallinckrodt sub silentio, the district court dismissed claims based on single-use cartridges Lexmark first sold in the United States. Although the cartridges at issue were sold under post-sale restrictions on reuse and resale, the district court held that those postsale use restrictions did not prevent patent rights from being exhausted given that, in the district court’s view, the initial sales were authorized and unrestricted.

The Federal Circuit reversed the district court, and held that patent exhaustion did not apply under either theory advanced by Impression Products.

The Court held that patent exhaustion did not apply to Lexmark cartridges sold subject to an express single-use/no-resale restriction. The Court reasoned that patent exhaustion occurs only when the patentee has authorized the allegedly infringing action in question, and sales that violate an express prohibition on re-sale or re-use are not authorized. The Court also held that Quanta did not overrule Mallinckrodt, noting that the Supreme Court in Quanta did not “have before it or address a patentee sale at all, let alone one made subject to a restriction.” In addition, the Court noted that under the U.S. Supreme Court decision in General Talking Pictures a patentee could preserve its infringement rights against unauthorized uses by restricting licensees’ authority to sell for such uses, and declined to treat restricted sales by a patentee differently for patent exhaustion purposes. Finally, the Court held that its patent-specific statutory analysis governed over any common law arguments in favor of patent exhaustion, and saw no evidence of widespread real-world practical problems arising from the Mallinckrodt rule.

The Court also held that foreign sales of Lexmark’s cartridges did not give rise to patent exhaustion. In reaffirming Jazz Photo, the Court reasoned that the Patent Act rewards the patentee (through sales revenue or licensing royalties) when the patentee permits others to practice the invention in the U.S. market, and the patent exhaustion doctrine is designed to prevent the patentee from receiving a second, duplicative, reward based on a second sale of the same patented item in the U.S. market. However, because the Patent Act does not apply in foreign markets it does not create a reward for foreign sales, and thus a second sale in the U.S. market would not create a duplicative reward under the Patent Act. The Court also deemed inapposite the Supreme Court’s decision in Kirtsaeng, in which the Supreme Court held that the lawful manufacture of a copyrighted work outside the U.S. allowed the purchaser to resell that copy without authorization from the copyright owner. The Court noted that Kirtsaeng was not based on exhaustion principles, but was instead based on considerations unique to Copyright law, including, most importantly, a provision of the Copyright Act for which no patent analog exists. Finally, the Court stated that it saw no evidence of substantial real-world practical problems arising from the Jazz Photo rule. 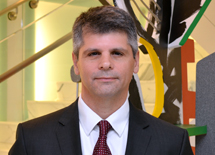