It is a rare event indeed when oil industry, environmental groups, poverty advocates, taxpayer groups and livestock growers all unanimously agree that a federal program has gone horribly wrong. But that is exactly what happened with respect to the federal ethanol in gasoline mandate. How did this come to be?

While the concept of adding ethyl alcohol, commonly referred to as “ethanol,” to gasoline dates all the way back to the early 1900s, a real push for such a result began in the 1970s by corn growers. It finally gained some traction in the 1990 amendments to the Clean Air Act, which mandated that oxygenates be added to gasoline to make it burn more cleanly in areas with poor air quality. While methyl tertiary butyl ether (MTBE) became the oxygenate of choice based primarily on its price, leakage of the chemical from underground storage tanks (and because it migrates faster and farther in soil and groundwater than other gasoline components) resulted in the product being banned and a switch by fuel manufacturers to corn-based ethanol. The Energy Policy Act of 2005 cemented the role of corn-based ethanol by including a Renewable Fuel Standard that required all gasoline sold in the nation to be comprised of 5 percent oxygenate. In 2007, that requirement was revised to require increasing amounts of oxygenate in every year up until 2022. However, starting in 2012, the amount of corn-based ethanol that could be added to gasoline was capped, and the remaining oxygenate requirement had to be filled by so-called advanced biofuels — oxygenates made from cellulosic biomass such as switch grass. If transportation fuel manufacturers failed to achieve the required levels, the law required that they purchase “waiver credits” instead. Unfortunately, while cellulosic biomass and other biofuels may someday become readily available, no such fuels for commercial use were produced in either 2011 or 2012.

This series of events, caused by federal policy, has produced a number of negative consequences that have given birth to the strange coalition of forces mentioned above, who are now lobbying Congress and the EPA to make drastic changes in the mandate. Among those consequences are the following: With respect to corn-ethanol, a huge percentage of all corn grown in the United States (at least 40 percent), which produces about 40 percent of the world’s total corn supply, has been diverted from food and animal feed production for use in fuel, resulting in an increase in the cost of corn-based products that has been estimated to be as high as 68 percent, which in turn has increased world hunger and caused rapid deforestation in order to plant more crops. Because that deforestation increases the amount of greenhouse gases trapped in the atmosphere, many experts have now concluded that ethanol causes greater harm to the environment than the gasoline it is intended to replace. With respect to advanced biofuels, fuel manufacturers have been forced to obtain waiver credits, costing millions of dollars for biofuels they did not purchase because the products do not exist, driving up the cost of providing another essential consumer commodity — motor fuel.

It will be interesting to see how this well-intentioned fiasco finally gets sorted out. 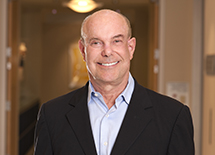 Glaser Weil Partner Greg McClintock is consistently ranked as one of the country's leading environmental and energy law practitioners.