California Narrows the Right of Insureds to Independent Counsel

The 6th District Court of Appeal issued the attached decision, Federal Insurance Company v. MBL, Inc., which provides the liability insurance industry with new ammunition to defeat the right of policyholders to hire independent “Cumis” counsel. In MBL, issued on Aug. 26, 2013, the insured was a supplier of dry cleaning products that had been sued for contribution under CERCLA for a soil and groundwater cleanup in the City of Modesto. The contamination at issue was traced back to a dry cleaning facility. After MBL tendered the matter for coverage, MBL’s insurers reserved rights and appointed counsel. MBL demanded independent counsel pursuant to California Civil Code Section 2860, arguing that the insurer’s reservation of rights created a conflict of interest for the appointed defense lawyer.

1. A reservation of rights based on whether the insured’s liability for pollution arose out of a government directive or request, which would bar coverage under an absolute pollution exclusion. The Court held that appointed counsel cannot influence the outcome of that issue, so there is no conflict of interest triggering a right to independent counsel.

2. A reservation of rights to deny coverage for damages outside of the policy period. The Court held that, when the coverage issue in question relates only to the timing of damages, there is no conflict triggering a right to independent counsel. This is a very broad holding that could extend to a variety of contexts outside of the pollution context.

3. The insurer’s separate defense of third party defendants who the insured had sued for contribution. The Court held that the insured failed to present evidence showing any “actual,” as opposed to “theoretical,” conflict of interest, and, since the insurers would have to indemnify the totality of loss among such parties, the insurers had no incentive to shift the loss from one insured to another.

The MBL decision, if allowed to stand, demonstrates that courts will demand actual and specific evidence of an insurance defense lawyer’s conflict of interest before approving the right to independent counsel. For that reason, the decision should not be perceived as simply limited to the environmental context. Letters to insurance carriers demanding independent counsel in any context should keep this decision in mind, and should specifically describe any conflict of interest triggered by a carrier reservation of rights which triggers the duty to provide independent counsel. 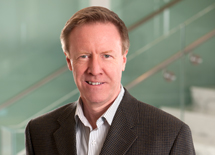 Aaron Allan was the principal negotiator and architect of a complex settlement involving more than 20 different parties including a defendant in bankruptcy, the trustee of that defendant's chapter 7 bankruptcy estate.