Glaser Weil LLP is pleased to announce its client, Orange County, has signed a 66-year ground lease for its Dana Point Harbor property with developer Dana Point Harbor Partners (DPHP), which is a partnership of R.D. Olson Development, Bellwether Financial, and Burnham Ward Properties. The conclusion of the negotiations and ultimate signing of the ground lease on October 29, 2018 marked a historic moment in the 47-year history of the harbor, which is one of the County’s most prized assets, but one that the County and neighboring stakeholders have recognized has languished for over two decades.

As a result of the ground lease, DPHP has agreed to invest $330 million to completely redevelop and revitalize the harbor in phases over the next seven years, including the modernization of the marina and boat slips; reconstruction of the commercial core, including 116,000 square feet of commercial mixed-use, retail, restaurants and a surf museum; a new dry-boat storage; two new hotels with a total of 266 guest rooms; and a new parking structure with a capacity for 1,800 cars – giving new life to the beloved harbor. The County will also receive a minimum of $717 million in rent over the six-decade term of the ground lease. 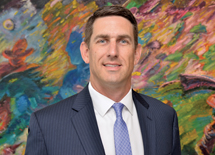 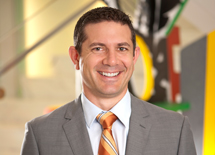