Glaser Weil LLP recently obtained a complete dismissal of all claims asserted against its clients, the five members of the County Board of Supervisors and the Los Angeles County Sheriff, in People of Los Angeles Who Are Un-Housed v. Villanueva, et al. (Civ. No. 21-cv-07596).

In their Complaint, Plaintiffs—a proposed class consisting of all vehicle-dwelling individuals throughout Los Angeles County—alleged that the County’s rules and regulations relating to parking on County streets unfairly singled out and illegally “criminalized” homelessness and deprived them of their civil rights. In particular, Plaintiffs took issue with posted signs they claimed essentially prevented overnight parking along certain sections of PCH.

In granting our motion as to all 24 causes of action, Judge David O. Carter of the Central District zeroed in on the fact that the posted parking restrictions at issue are facially neutral and applicable to all vehicle operators, and imposed no criminal penalties. Judge Carter agreed with our argument that Plaintiffs lacked standing to sue because there was no actual link between the allegedly illegal parking restrictions and Plaintiffs’ claimed harm. Moreover, the dismissal was with prejudice as to the particular County ordinance on which all 24 claims relied.

Judge Carter’s ruling is a significant victory for the County, the Board of Supervisors and the Sheriff. Plaintiffs were seeking substantial damages as well as punitive damages and in some instances treble (triple) damages. They sought to represent a class of vehicle dwelling individuals in the County of Los Angeles, ensuring that discovery in the case would have been extensive, highly burdensome and expensive. And they claimed the Board of Supervisors and Sheriff intentionally discriminated against the unhoused, something they and the County vigorously rejected and the Court's ruling confirms was not the case. 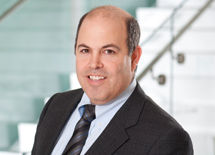