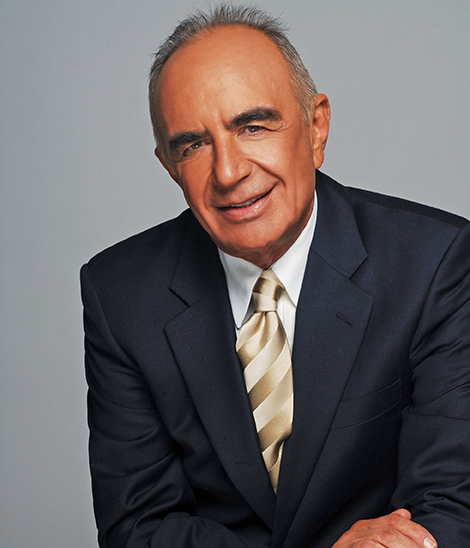 Internationally renowned litigator Robert Shapiro is a senior name partner at Glaser Weil and was named one of the 100 most influential attorneys in America by the prestigious National Law Journal. He has consistently been named to Southern California Super Lawyers, has been recognized in The Best Lawyers in America, and is AV-rated by Martindale Hubbell.

Mr. Shapiro’s transition to civil litigation from criminal defense in high profile cases such as those involving O.J. Simpson, Christian Brando, and F. Lee Bailey has given him a unique and extensive trial background. He successfully represented Wynn Resorts Ltd and the Wynn Resorts Board of Directors in the removal of their largest shareholder encompassing 5 years of litigation. He was lead counsel in Rockstar v. Pepsi, a contract dispute involving energy drinks, and successfully negotiated the extension of a distribution contract for his client. His successful representation of the president of Mobil Oil in proceedings arising out of a refinery explosion resulted in the dismissal of all claims and restoration of his client’s reputation. His vigorous representation of Ecology Control Industries resulted a favorable settlement of a wage and hours class action. Diamond Resorts has relied on his expertise for numerous corporate and litigation matters involving its vacation, time share, and hospitality businesses. He also successfully defended Occidental Petroleum in a lawsuit brought in Los Angeles by Colombian residents arising out of the bombing in Colombia by the Colombian air force which killed 17 people. He acted as lead defense counsel in United States v. Samango, 450 F.Supp. 1097 (D.Hi. 1978), winning a dismissal of all charges against his client.  On appeal, Mr. Shapiro secured Ninth Circuit's affirmance of the dismissal in a published opinion which is the leading decision in the Ninth Circuit on grand jury misconduct.  United States v. Samango, 607 F.2d 877 (9th Cir. 1979).

Mr. Shapiro received his undergraduate degree in finance from the UCLA Anderson Business School. He was a member of the UCLA board of governors and numerous honor societies. He received his law degree from Loyola Law School, where he received two American Jurisprudence awards, won the Scott Moot Court Competition, and was the Chief Justice of the Moot Court, as well as the president of the Loyola chapter of the legal society, Phi Alpha Delta.

CIVIC ACTIVITIES
Mr. Shapiro has been married for 50 years to his wife, Linell, and has a son, Grant. His other son, Brent, died of chemical dependency disease in 2005, prompting Mr. Shapiro to found The Brent Shapiro Foundation for Drug Prevention, a nonprofit organization created to raise drug and alcohol awareness His afterschool drug prevention program, Brent’s Club, currently has more than 20 afterschool facilities nationwide in partnership with the Boys and Girls Club of America. Serving more than 5,000 underserved children from ages 11 to18, the rewards-based program has nearly a 100% success rate in random testing for substance abuse. Sober high school graduates are eligible for college scholarships.

ENTREPRENEURIAL ACTIVITIES
Mr. Shapiro has co-founded LegalZoom.com, ShoeDazzle, RightCounsel.com, and BizCounsel.com. His business background allows him to better understand the needs of his business clients.

PUBLICATIONS AND MEDIA ACTIVITIES
Mr. Shapiro is a frequent contributor to CNN, FOX NEWS, MSNBC and has appeared on cable and network news channels as a legal expert. He has written numerous Op-Ed pieces and law review articles, as well as the best-selling book “The Search for Justice,” about the O.J. Simpson case, and “Misconceptions,” a novel. He also wrote a children’s book, “Somo Says No,” about the dangers of drug use, which is available free-of-charge to schools across the country.