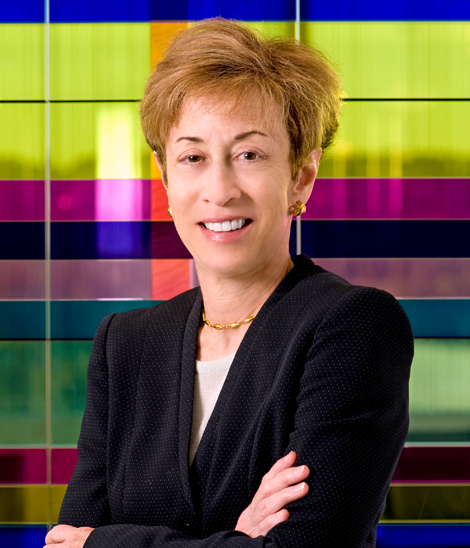 Partner and Chair of the Litigation Department
Century City

Patricia Glaser is head of Glaser Weil’s Litigation Department and tops the short list of trial attorneys in the nation sought after for high-stakes litigation. Respected as a business trial lawyer, she also provides general legal counsel to publicly and privately held companies across a range of industries, including intellectual property, real estate, entertainment, banking and securities. Her clients include Fortune 500 companies, major studios, real estate investors and developers, financial institutions and high-profile entertainers and public figures.

Ms. Glaser is consistently ranked as one of California's top business trial attorneys. Chambers and Partners describes her as a "trial icon" and gives her top California rankings in both General Commercial Litigation and Media & Entertainment Litigation. LexisNexis Martindale-Hubbell recognizes her as an AV Preeminent Rated Lawyer — the highest category awarded, indicating that a lawyer's peers regard him or her at the highest level of professional excellence. Benchmark Litigation identifies Ms. Glaser in its rankings of "Top 20 Trial Lawyers California," "Top 100 Trial Lawyers," and "Top 250 Women Litigators." The Los Angeles Business Journal recently awarded her the "Legal Excellence (Lifetime) Specialty Award," named her “Business Leader of the Year” in the Services category and lists her among the “Most Influential Women Lawyers in Los Angeles" and the “Los Angeles 500,” a guide to the most influential individuals in Los Angeles. She has also earned the prestigious honor of "Legal Legend," "Power Lawyer," and "Hall of Fame Legend" by The Hollywood Reporter. Year after year, Ms. Glaser is included in the Daily Journal's lists of "100 Leading Attorneys in California,” “Top Women Litigators," and "California's Top Entertainment Attorneys." Since its inception in 2005, she repeatedly has been recognized by Lawdragon Magazine as one of the 500 Leading Lawyers in America. She is also consistently named to the Southern California Super Lawyers list and selected for inclusion by The Best Lawyers in America.

Ms. Glaser serves on the board of directors of several prominent arts organizations, including the Los Angeles Music Center Theatre Group and The Geffen Playhouse. Her interest in the arts extends to producing plays and other theatrical pieces. Her leadership positions include having served on the Board of Trustees for The National Judicial College, serving on the Board of Governors of The Hebrew University of Jerusalem, Vice Chair of the Western Region of the American Friends of The Hebrew University of Jerusalem and on the UCLA Israel Studies Program Advisory Board. In addition, Ms. Glaser is a member of the Advancement Project Leadership Council, a next-generation civil rights advocacy organization, and is active in fundraising for a large number of charities, political issues and candidates.

Ms. Glaser received her bachelor’s degree from The American University and her law degree from Rutgers University. At Rutgers, she served on the Law Review and as president of the Student Bar Association. She currently serves on the Rutgers Dean Advisory Counsel. After law school, she clerked for Hon. David W. Williams, U.S. District Court judge for the Central District of California.