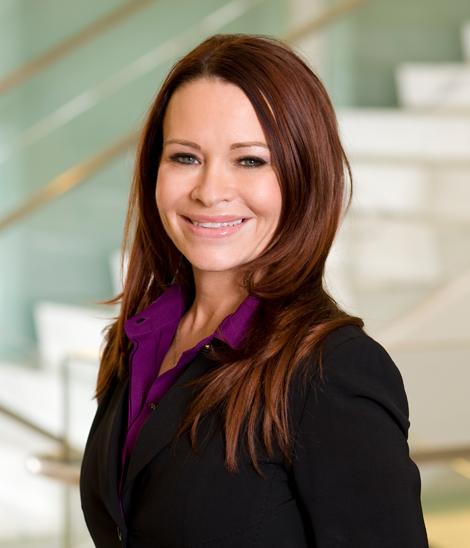 Working side-by-side for many years with trial icon Patty Glaser definitely has had its perks — like the opportunity to represent and work with some of the most powerful players in the entertainment industry and to handle some of the most interesting cases. But beyond that, this experience instilled in Ms. Garvis Wright the same tenacity, ingenuity and results-oriented approach to her clients’ legal problems, and she has emerged as her own force in the legal community. Ms. Garvis Wright’s clients, like William Morris Endeavor Entertainment, LLC and Gehry Partners, Inc. are “repeat customers.” Indeed, their general counsel regularly call on Ms. Garvis Wright for advice regarding problems ranging from the more mundane to issues involving emerging, cutting-edge principles of law.

Ms. Garvis Wright considers herself very lucky to enjoy the practice she has, which includes both entertainment and employment litigation. While it may seem strange that the two seemingly distinct types of practices can co-exist, Ms. Garvis Wright believes they actually complement one another and enjoy many parallels. But, most importantly, she loves her practice. When not practicing law, you can find Ms. Garvis Wright spending time with her husband, also a lawyer, and their 7-year-old son, a lawyer-in-training, or doing Pilates.

One of Ms. Garvis Wright’s first notable pieces of entertainment litigation was as a junior lawyer representing Endemol in a legal battle with reality powerhouse Mark Burnett over two competing reality boxing shows. Burnett and his lawyers were determined to keep Endemol’s show from airing. Not only did they try to do so in the courtroom (seeking a restraining order — which Ms. Garvis Wright was successful in defending against), but also with the California Boxing Commission (arguing that Endemol was acting as an unlicensed boxing promoter in violation of the law). Ms. Garvis Wright made her first (and only) appearance before the Boxing Commission and was able to persuade the Commissioners that Endemol was not running afoul of any of the boxing regulations. Ms. Garvis Wright represented Endemol since then on a variety of matters, earning her the nickname “Ally McBeal” from Endemol’s then president.

Considering the number of years she has practiced, Ms. Garvis Wright has tried a remarkable amount of high-stakes cases on behalf of celebrities, production companies and other leading businesses in the entertainment world, and even athletes. She has been described by many clients as their go-to lawyer, including, most recently, in the Daily Journal, by renowned architect Frank Gehry’s general counsel, who described Ms. Garvis Wright as one of his “go-to counsel” and a lawyer “whose work speaks for itself.” Ms. Garvis Wright’s successful track record both in and outside of the courtroom, combined with a fierce commitment to her clients and her practice, has fostered long-lasting relationships with many clients. Few lawyers as young as Ms. Garvis Wright are able to boast a track record as lengthy and impressive as hers.

Up against veteran lawyer-to-the-stars, Marty Singer, Ms. Garvis Wright represented William Morris Endeavor Entertainment (and its predecessor William Morris Agency) in a claim for approximately $2 million in commissions the agency’s former client, Tommy Lee Jones, refused to pay for his acting services on the film No Country For Old Men. Ms. Garvis Wright won the full amount of the commission, plus a substantial interest award. Set before the California Labor Commission, the hearing was presided over by a Commissioner and conducted like any other trial. Ms. Garvis Wright gave opening statements and examined all the witnesses. Mr. Jones predictably exercised his right to appeal the Commissioner’s award and, ultimately, the parties settled on terms extremely favorable to the agency.

In this pregnancy discrimination case, Ms. Garvis Wright and Ms. Glaser were substituted in at literally the 11th-hour to serve as trial counsel for the defendant employer and its principal, leaving them very little time to get up-to-speed. After a two-week jury trial during which Ms. Garvis Wright examined all but two of the witnesses, including an unprecedented examination by Skype, the jury returned a unanimous defense verdict.

Ms. Wright second-chaired a trial in which she and Ms. Glaser obtained a judgment of nonsuit — after two weeks of testimony and just moments before closing arguments were set to begin — for celebrated architect Frank Gehry and his design company Gehry Design. The plaintiff limited liability company sought more than $22 million, alleging that it was entitled to half the proceeds Gehry Design earned from sales of the jewelry it designs for international jewelry house Tiffany & Co. Prior to trial beginning, Ms. Wright successfully argued a motion that resulted in the Court reducing the claimed damages by $20 million.

Ms. Garvis Wright represented NBA star, Nene Hilario, in a breach of contract action brought by Nene’s former personal and business manager, Joe Santos, seeking nearly $10 million pursuant to a purported personal services agreement (PSA). Following a full arbitration hearing first-chaired by Ms. Garvis Wright, the Arbitrator ruled in Nene’s favor, finding, among other things that 1) Nene had good cause to terminate the PSA for the incurable and material breaches by Santos of the PSA and his duties and obligations as Nene’s business manager, including insubordination and incompetence; 2) the PSA was invalid and unenforceable because it was procedurally and substantively unconscionable; and 3) the PSA was procured by Santos through undue influence and fraudulent inducement. Santos challenged the Arbitrator’s findings in court and the Colorado Supreme Court affirmed the Arbitrator’s findings in all respects and the arbitration award in favor of Ms. Garvis Wright’s client.

This idea theft case involved a sitcom written by renowned comedy writer John Hamburg. Ms. Garvis Wright served as lead trial counsel representing the former Endeavor Talent Agency and CBS Broadcasting, Inc. At the close of discovery, the case settled on terms extremely favorable to the Firm’s clients, the agency and the network.

Ms. Garvis Wright was co-lead trial counsel in this arbitration before the Hon. Stephen Lachs (Ret.). Having taken and defended all of the depositions, including those of some of the biggest names in Hollywood, Ms. Garvis served as the co-trial counsel of this wrongful termination case filed by former William Morris Agency (and then William Morris Endeavor Entertainment, LLC) talent agent John Ferriter. Among other claims, Mr. Ferriter alleged breach of contract, fraud and defamation and sought damages in excess of $25 million. The case settled on confidential terms extremely favorable to the client.

Inheriting this case from prior counsel, Ms. Garvis Wright first chaired the damages phase of this arbitration in which the claimants sought more than $22 million in damages arising out of the Firm’s clients’ production of a highly successful franchise of reality television shows. Although there was a finding of fraud and breach of fiduciary duty in the first phase of this bifurcated arbitration, prior to the hearing of the second, damages phase, Ms. Garvis Wright successfully obtained an order striking the claimants’ request for punitive damages. Ms. Garvis Wright gave the opening statement and examined all witness. In the middle of Ms. Garvis Wright’s examination of the other side’s key damages expert, the Arbitrator stopped her and called lead counsel for both sides outside the hearing room. The cross-examination was so effective that the Arbitrator made an unprecedented ruling (due to the confidential nature of the proceeding, it cannot be disclosed). It was at that point that Ms. Garvis Wright’s client passed her a note saying: “You are good!”

Ms. Garvis Wright and Ms. Patty Glaser were retained 10 days before jury selection began in a lawsuit in which plaintiff Forest Lawn Memorial–Park Association sought more than $200 million dollars in damages against the Firm’s clients, commercial real estate developers LNR California Investments, Inc., LNR Heritage Fields, Inc. and LNR Property Corporation. Ms. Garvis Wright and Ms. Glaser successfully settled the lawsuit during closing arguments following a 13-week jury trial. After two years of intensive litigation handled by other counsel, the clients retained Ms. Garvis Wright and Ms. Glaser, who assumed the role of lead trial counsel. Forest Lawn asserted claims for breach of contract and fraud arising from the defendants’ alleged decision not to sell Forest Lawn a 73-acre parcel of property within the 3,700-acre future master-planned community on the former El Toro Marine Base in Irvine, Calif. The confidential settlement was reached after the defendants prevailed on a motion to exclude Forest Lawn’s key damages expert from testifying before the jury, thereby precluding Forest Lawn from putting on any evidence of damages other than its out-of-pocket expenses, which were in the range of $2 million dollars, a mere 10 percent of the damages they asked the jury to award.