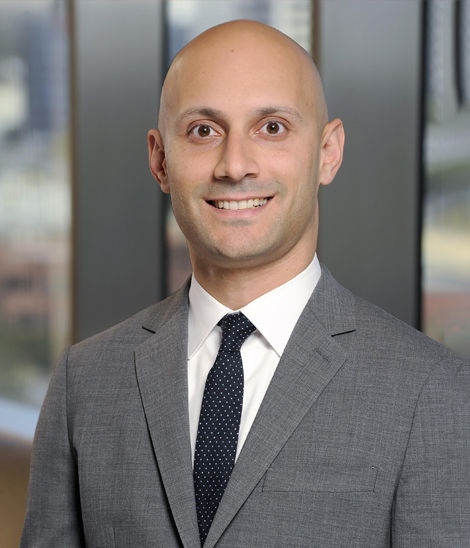 Emil Petrossian is a litigation partner and trial attorney. His practice entails all facets of complex commercial litigation in federal and state courts and arbitral forums. In addition to being co-resident in Glaser Weil’s headquarters in Los Angeles, Emil is spearheading the firm’s newly formed San Diego office. The Daily Journal previously named Emil one of the top 40 attorneys in California under the age of 40.

Emil has extensive first-chair experience litigating high-stakes commercial disputes for major businesses throughout the country. In addition to having significant jury trial experience in both state and federal courts, Emil has handled numerous arbitrations and understands the specific challenges arbitration poses. Emil also has substantial appellate experience, having handled appeals for his clients in the U.S. Courts of Appeals for the Ninth and Fifth Circuits and the California Court of Appeal.

While tenacious in the courtroom, Emil understands the many nuances of big-ticket litigation. The goal is always to win, but winning can take many forms depending on the facts, the law, and the client’s objectives. Emil tailors a litigation strategy for each client, in each matter, that’s designed to formulate the best possible outcome and the greatest chance of achieving it. At every stage, he zealously protects and promotes the client’s business interests while working toward resolving disputes, not prolonging them. And if a matter can’t be resolved before trial, Emil is a skilled advocate in the courtroom and can draw upon his significant trial experience to achieve victory.

Emil is an active member of the community and serves on the Board of Directors of the Constitutional Rights Foundation. In addition to client-billable work, he regularly handles pro bono matters, including nationally significant impact litigations. Recently, Emil took a lead role in the California cases challenging former Secretary of Commerce Wilbur Ross’s attempts to add a citizenship question to the 2020 Census, resulting in a permanent injunction prohibiting the question. Emil is actively involved in firm leadership initiatives and co-chairs Glaser Weil’s Litigation Recruiting Committee.

Before joining Glaser Weil, Emil served as a judicial law clerk to the Honorable Gary A. Feess (ret.) of the U.S. District Court for the Central District of California, and was a partner at a national law firm.