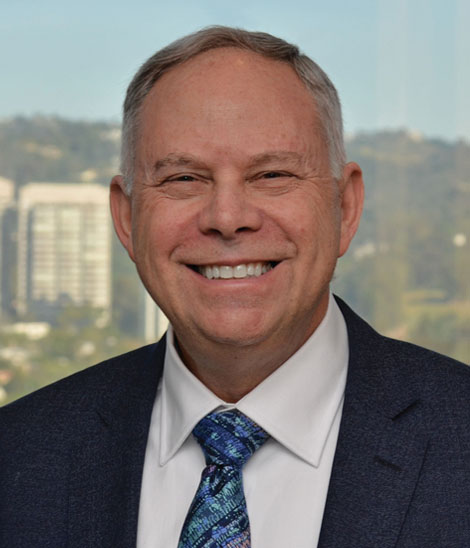 Partner and Co-chair of the Trusts & Estates Department
Century City

Doron M. Tisser, partner and co-chair of the Trusts & Estates Department, has been engaged in private law practice in California since 1982, with an emphasis in the areas of estate planning, tax planning, trust administration, probate, business and succession planning, and charitable giving. He graduated 2nd in his class from Southwestern University Law School in Los Angeles and received his Master’s Degree in Taxation (LL.M.) from New York University School of Law.

He has authored over 65 articles and chapters in books on various estate and tax planning subjects, including booklets on A Guide to Planning Your Estate, A Guide to Trust Administration, and A Guide to Advanced Estate Tax Planning Techniques. He has published articles and materials for Estate Planning Magazine and for California Continuing Education of the Bar. In addition, Doron has authored chapters on “Corporate Buy-Sell Agreements” and “Partnership Buy-Out Agreements” for Counseling California Corporations, published by the California Continuing Education of the Bar.

Doron has been a frequent speaker and lecturer at estate and tax planning conferences and seminars, including those presented by the California State Bar, California Continuing Education of the Bar, California CPA Education Foundation, Society of Financial Service Professionals, Life Insurance Leaders’ Round Table, and various other professional organizations. He has taught at UCLA, USC and California Lutheran University.

Doron has been included in Best Lawyers in America. In addition to being chosen by his peers as a Top 100 Super Lawyer for Southern California, he has been selected by his peers as a Super Lawyer for Southern California since 2009. Each year, no more than 5 percent of the lawyers in the state receive this honor. He has been awarded the highest possible rating by his peers, an “A.V.” rating, for the Martindale-Hubbell Law Directory. This rating is based on ethical considerations and legal skills.

He enjoys competing in running races and triathlons. Doron has ran 13 marathons, including the Boston, New York City, Los Angeles, Surf City, and Silicon Valley marathons. He has completed two Ironman triathlons, which consist of a 2.4-mile swim, 112-mile bike ride and a 26.2-mile run, and other triathlons, including the California Half Ironman, Big Kahuna Triathlon, Carlsbad Triathlon, the 5430 Triathlon (in Boulder, Colorado) and the Nautica Malibu Triathlon.

Doron and his wife Laurie co-founded Team Tisser Foundation (TTF), a non-profit corporation, which raises money for charitable causes. He raises money through his athletic training and racing. Through TTF, Doron has raised over $300,000 in donations for various charities, including the Aubrey Fund for Pediatric Cancer Research at Memorial Sloan-Kettering Cancer Center, the Leukemia & Lymphoma Society, and Challenged Athletes Foundation. For more information on TTF, see Team Tisser.

One of Doron’s proudest moments was at the 2007 Ironman Coeur d’Alene when he was honored by the Janus Charity Challenge for raising over $41,000 for TTF by competing in that race.